You are here: Home / About / Honours and Awards 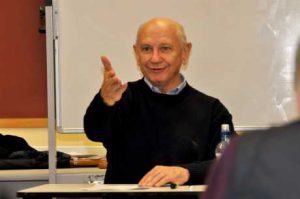 The good news, folks, is that today we are recognising Emeritus Professor Paul Nation’s contribution to TESOLANZ. Paul joked with me last week that the best time to get a lifetime award would be at the start of a career – it would save a bit of money in membership fees! Paul tells me he was the first president of TESOLANZ, but there seems to be little corroborating evidence of that (or this could just be an example of collective memory fade).

He is a local hero. A small town boy from Ohakune who is himself a lifelong learner of languages. Paul maintains a steady and calming influence on the field. His work as a researcher in vocabulary studies, curriculum design, reading, and other areas provides us with a rich set of mantras. For example, what is the teacher’s role?; ‘The four strands’; and the 80/20 rule. I’m sure there are many more that come readily to mind. Paul is an extraordinary teacher-educator. Through many years of teaching on the Dip TESOL, MA, and PhD programmes at Victoria, he has inspired and encouraged many teachers, researchers, and students. I have benefited enormously from being one of Paul’s students myself.

In his writing, Paul thinks about his readers. After all, why write something that is difficult to people to read and understand? His work is highly accessible and wide reaching. He’s prolific – just this year he has written three books at least. One of them, about what ESL teachers need to know, is soon to be available for free on the internet. Many other useful materials are also available for free on his website. Thanks, Paul.

A quick glance through the last TESOLANZ newsletter revealed that Paul had been a keynote speaker for three branches over a period several months so fare this year. He readily travels to speak at local branches. At a time when people seem to be complaining all the time about not having any time, Paul is never too busy to respond to requests to talk with teachers. Just recently I was asked to give a talk to a secondary interest group in Wellington but I couldn’t do it because I will be out of the country. I suggested asking Paul. The teacher replied, “That’s like asking Mick Jagger to sing a few numbers at your mum’s birthday party”, but she asked him, and he said yes.

We all appreciate Paul’s vast reservoir of knowledge. He knows a great deal from his own research, but he also knows a great deal about the research of other people. He is a world leader and is also a fantastic teacher. Paul provides a critical but kind analysis of other’s work. I will never forget him suggesting that he would like to see more words from the Academic Word List in my writing when I was an MA student.

The amazing thing is that we could be speaking on behalf of people in many different countries who value Paul as much as we do. We don’t know the half of what you do and have done for TESOL and TESOLANZ, Paul, but we want to acknowledge your time, expertise, humour, energy and mana. This lifetime award is richly deserved. Thank you so very much. 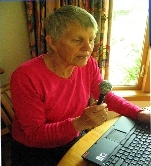 Pat has ably taken the role of volunteer TESOLANZ newsletter editor for more than ten years, and in this way has made an enormous contribution to the field of TESOL in Aotearoa New Zealand. Her knowledge of the field, from its early days, is wide as can be seen in the very informative article in the July 2010 newsletter: CLESOL beginnings. At times it has been difficult to get contributions from our members for the newsletter, but Pat has cheerfully kept on producing issue after issue drawing on her wide contacts and credibility within the TESOL field to somehow conjure up a quality newsletter. In the face of few offerings, Pat has managed to deliver balanced newsletters that focus on a theme and also include regular sections such as the popular teaching tips, book reviews and branch and sector reports. The newsletters have helped develop and support a community of teachers who often have little support in their daily work as ESOL teachers, and who otherwise would not be so connected nationally. To achieve this she has drawn on her extensive experience in both the secondary and tertiary sectors.

Although officially “retired” from active teaching, Pat has continued to be active in the TESOL community in other ways, too, attending and contributing to conferences at her own expense.

The TESOL community is deeply indebted to Pat for the enthusiasm and time that she has put into the big job for many years. 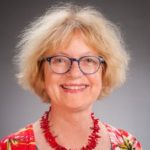 Nicky has demonstrated outstanding leadership in maintaining and developing an inclusive and active research-informed ESOL community. Thanks to her leadership, the members of the WATESOL branch, from all sectors and backgrounds, can enjoy a vibrant and diverse professional community that embraces and promotes best ESOL practices and values.

Nicky is generously involved with several community and professional organisations. She has been involved in the TESOL community since the early 1980s. She has worked with English Language Partners for many years and chaired the Wellington committee from 1981–1983. She has been a member of the WATESOL committee since 2001 and has served as the chair and co-chair of the WATESOL committee since 2010. She was co-convenor, with Angela Joe, of CLESOL 2014. She is the teacher and co-ordinator of the Skilled Migrant Programme at Victoria University of Wellington and is a member of the Language in the Workplace Project team at Victoria University. She is a regular presenter for English Language Partners and for the Wellington Regional Economic Development Agency in the Work Ready in Wellington series.

Nicky has also published her work consistently and widely in second language pragmatic competence, academic writing and English for Specific Purposes. Her publications are widely recognised and applied by ESOL learners and practitioners as well as government partners (e.g. The Ministry of Business, Innovation and Employment). Nicky’s recent resources such as Workplace Talk in Action – An ESOL Resource (with co-author Jonathan Newton) and Communicating Effectively in a Job Interview: A Resource for Newcomers to New Zealand, are outstanding examples of how ESOL work can contribute to the general social and economic well-being of New Zealand.

With two decades of service and leadership in TESOLANZ, Nicky’s practice, research and community engagement have benefited TESOLANZ not only in teaching and research but also in advancing the ESOL field in New Zealand and publicising the significance of ESOL work in the wider communities both nationally and internationally. 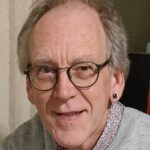 Extended and outstanding service to the association

Marty is an extraordinary example of someone who fulfils the requirement that a nominee for honorary life membership of TESOLANZ has provided ‘extended and outstanding service to the association’.

Marty has demonstrated unprecedented service to TESOLANZ and the ESOL sector in New Zealand in a range of roles since 1989. In 1989, when he returned from teaching in the Middle East, Marty took up the position of coordinator of the Hutt Valley Home Tutor Project. That same year, he became a member of WATESOL and rapidly assumed a leadership role. He was elected chairperson in 1990 and remained in that role until 1995. A survey of WATESOL archives reveals that, in this period, Marty was very active in promoting the needs of ESOL students by lobbying and contributing to a range of government committees.

Since 1996, Marty has been a member of the TESOLANZ executive committee, serving as President (1998-2007) and Secretary, but assisting every role on the Executive. His excellent awareness of meeting procedures and standing orders, alongside his in-depth knowledge of the New Zealand ESOL context, has been greatly valued by everyone who has worked with him.

Marty has served the ESOL sector in many areas. He has been an ESOL teacher at WelTec, was a TEC advisor, and managed two Wellington PTEs. He has written several publications, including How to Teach a Language. He is a very sought-after presenter in many ESOL/TESOL contexts and conferences, including CLESOL.

Whenever, whatever Marty has been asked to do for TESOLANZ, he has stepped up. This has meant work on weekends and late at night. This has meant lending a helping hand to plan conferences, AGMs, and events. This has also meant going above and beyond what his core role required. His ethos of service to the organisation and the profession has gone a long way in creating a stronger association which has been able to serve its members.

In honour of Dorothy Brown, TESOLANZ has made a donation to the Aotearoa New Zealand Peace and Conflict Studies Centre (ANZPCSC) Trust. The money is for the creation and distribution of ESOL teaching and learning materials for adults in the field of peace education.

We encourage TESOLANZ members to add to this contribution. The ANZPCSC has charitable status, so donations are tax deductible.